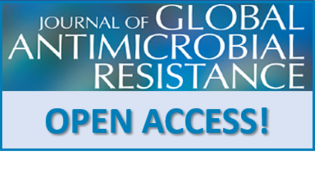 All of us at ISAC were deeply saddened to learn of the passing of two eminent and highly respected colleagues in the field of clinical microbiology and infectious disease.

All of us at ISAC were very sad to hear of the death of Giuseppe Cornaglia. He was well known to us all and will be missed very much.

He played a hugely significant role in the history of ESCMID, guiding it through a period of transformation, widening its global reach and introducing several key strategic initiatives.

ISAC had a special relationship with Giuseppe as he was ESCMID President when ISAC and ESCMID held joint ICC – ECCMID congresses in Munich (2007) and Milan (2011).

Giuseppe received the APUA Leadership in 2011 Award to recognise ESCMID and Dr Cornaglia for their invaluable work in establishing effective expert study groups and educational initiatives in developing countries to control antibiotic resistance and improve treatment.

Our thoughts are with Giuseppe’s family, friends and colleagues and, in particular, with all at ESCMID who worked so closely with him.

Prof. Acar began his career as an infectious disease specialist at Hôpital Claude Bernard, Paris, France and then trained in microbiology at the Pasteur Institute and Harvard Medical School. Prof. Acar became Professor in Clinical Microbiology at Université Pierre et Marie Curie in Paris and led the research unit on antimicrobial resistance at the university as well as the laboratory for medical microbiology at the Hospitals of Saint Joseph and Broussais in Paris.

Prof. Acar was prolific in the fight against antimicrobial resistance. In the 1970s, together with Prof. Thomas O’Brien, he established one of the earliest systems of antimicrobial resistance surveillance in hospitals. In 1981, when the Alliance for the Prudent Use of Antibiotics (APUA) was founded, he became a member of the scientific advisory board. Under the auspices of ESCMID, different study groups were launched to study antibiotics and bacterial resistance – he founded the European Study Group for Antibiotic Resistance (ESGAR) along with Prof. F. Baquero and Prof. G. Cornaglia who also sadly passed away recently. Latterly, he still worked for the Advisory Group on Integrated Surveillance of Antimicrobial Resistance (AGISAR) and as a senior expert at the World Organization for Animal Health (OIE).

Our thoughts are with Jacques’ family, friends and colleagues and, in particular, with all at ESCMID who worked so closely with him.