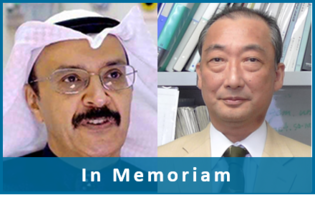 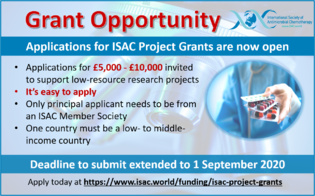 The latest issue of the International Journal of Antimicrobial Chemotherapy is available to read online.

Klebsiella pneumoniae complex is one of the main agent of nosocomial infections with high prevalence in hospitals along with high level of resistance to antibiotics in numerous hospitals worldwide. This bacterium possesses a high genomic plasticity and a huge capacity to acquire various antibiotic resistance genes and/or virulence genes. This species is composed of at least six subspecies which are difficult to identify using conventionally microbiological methods, limiting our knowledge for these species/clones. In this work, Hammerum et al. used whole genome sequencing to investigate clonal outbreaks of K. pneumoniae complex that occurred in Denmark between January 2014 and June 2018. The main sequence type clones were international clones, ST15 (14%), ST101 (11%) and ST147 (8%). Using cgMLST, they identified thirteen clusters of K. pneumoniae and were able to establish a direct link between patients in 5/13 cases. Despite data on horizontal plasmid transfer, this study gives valuable information on the potential clonal transfer occurring into a hospital, and report outbreaks caused by carbapenemase-producing K. quasipneumoniae and K. variicola, which have been rarely involved in outbreak until now.

2. Effect of lipid A aminoarabinosylation on Pseudomonas aeruginosa colistin resistance and fitness

Editor comment:
Intrinsic and acquired antibiotic resistance mechanisms in Pseudomonas aeruginosa are mediated by complex chromosomal systems. Colistin is one last-line antibiotic effective on multi-drug resistant P. aeruginosa. Reported resistance to colistin in this species always involved the addition of 4-amino-4-deoxy-L-arabinose to the lipid A of lipopolysaccharide. The synthesis of this sugar is mediated by the arn operon, that is regulated by a complex network of regulators and two-component systems. In this work, Lo Sciuto et al., try to understand the effect of aminoarabinosylation on colistin resistance and fitness of P. aeruginosa using in vitro recombinant strains that constitutively activate arn operon. This constitutive activation led to various profiles of colistin resistance, suggesting that other factors are necessary to confer resistance to colistin. High level of resistance seems to be linked to the presence of divalent cations, that are normally present on the bacterial surface but disturbed by the action of colistin. Moreover, they found that acquisition of resistance was not cost effective for P. aeruginosa, raising questions about the spread of the resistance in this species, but also why this has not happened yet, aerosolized colistin being used to treat P. aeruginosa chronic colonization in cystic fibrosis patients for years.