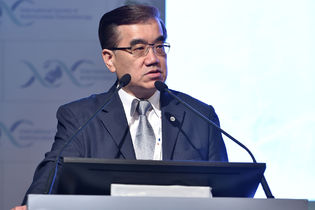 Read the January issue of IJAA for free!

ISAC Honorary Membership is conferred upon persons who have brought outstanding contributions to antimicrobial chemotherapy. The 2019 awardee is Professor Shaheen Mehtar. As long-time founding member and leader of Infection Control Africa Network (ICAN), Professor Mehtar has fostered collaboration and scientific exchange between African countries and succeeded in building strong collaborations with international professional societies, as well as WHO and CDC. As an enthusiastic ambassador of the special needs for low- and middle-income countries, she is recognised as a strong voice and influence in Africa and beyond. She has also been recognised as recently leading the fight against Ebola in Sierra Leone.

Professor Shaheen Mehtar is a Professor at the University of Stellenbosch, Cape Town, South Africa.